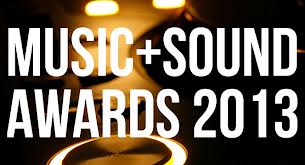 Jessica has been nominated for two Music & Sound awards; her music was chosen amongst composers John Lunn (Downton Abbey) and David Arnold & Michael Price (Sherlock) in the television music category, and her work on the Nike: Take Control campaign has been recognised in the Re-Record & Adaptation category. Winners will be announced at Troxy on February 21st.