The Snowman and the Snowdog 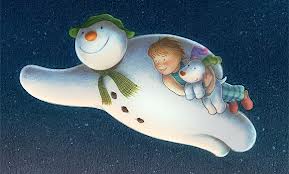 Jessica has orchestrated Ilan Eshkeri & Andy Burrows score to the much-anticipated sequel to the enchanted animation of Raymond Briggs’ Oscar-nominated  classic, The Snowman.  The music was recorded at Abbey Road Studios by the London Metropolitan Orchestra, and features the film’s official single ‘Light The Night’ performed by Andy that accompanies the flying sequence just as ‘Walking in the Air’ featured in the flying sequence of The Snowman in 1982.

The film will be broadcast near to Christmas on Channel 4, exact details TBC.